The Front-Mount Spreader and Plow is a unique combination of a 5′ angle plow and sidewalk spreader attached to the front of the Trackless MT. The front spreader drops material in front of the tractor tires and provides additional weight over the front axle resulting in significantly increased traction.

When the Front-Mount Spreader and Plow attachment is combined with a Rear-Mount Sidewalk Spreader, the tractor can carry different materials in the front and rear of the Trackless MT, allowing the operator to be selective with their spread materials. Salt can be applied in downtown areas where merchants do not want customers tracking sand into their stores. The operator can apply sand from the second spreader on the remaining residential sidewalks.

Another attachment that an operator can pair with the Front-Mount Spreader and Plow is the Rear-Mounted Brine Tank and Spray Bar attachment. This combination allows the brine to be applied in certain areas. The operator can apply either salt, sand or a mixture of material in areas where brine can not be applied. 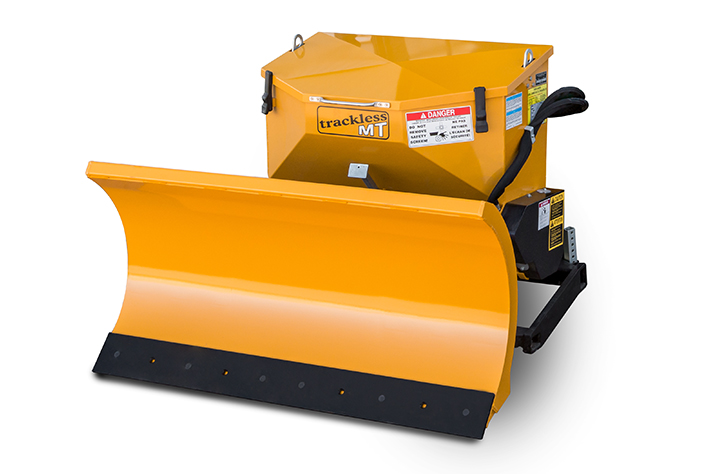